A HERO who tackled the London Bridge terrorist with a fire extinguisher is a killer on parole. Victim Jack Merritt was a prison rehab mentor to fire extinguisher hero John Crilly — and would be so proud of him, friends and colleagues said yesterday. John Crilly, 48, who is on parole following a manslaughter conviction […]

A HERO who tackled the London Bridge terrorist with a fire extinguisher is a killer on parole.

Victim Jack Merritt was a prison rehab mentor to fire extinguisher hero John Crilly — and would be so proud of him, friends and colleagues said yesterday.

John is on parole following a manslaughter conviction, he was released from prison last year[/caption]

John Crilly, 48, who is on parole following a manslaughter conviction and jail sentence, fought back after seeing pal Jack knifed in the chest.

Dramatic video showed John on the bridge spraying Khan with the extinguisher last Friday while another man tackled the fiend with a narwhal tusk and a third punched him to the ground.

Afterwards, Crilly paid tribute to victim Jack — calling him “the best guy I ever met”.

‘YOU DESERVE A MEDAL’

Jack’s associates hailed John’s bravery as they commented on the footage, shared on social media.

Michelle Feather wrote: “I honestly think your friend would be proud of you John Crilly for your actions, so many people could have died if it wasn’t for your quick thinking!! Be proud of yourself.”

“You’re a brave man John massive hugs to you!!

“Would have you by my side any day you deserve a medal.”

Another friend Michelle Crosby wrote: “You’ve been through such a trauma, your response was heroic.

“I’m sure your friend would be proud of you. We all are! Such a sh*t world Crilly but you lot took it on n didn’t let him win.”

‘CRILLY IS A HERO’

John and Jack were believed to have become friends when Cambridge University-based Learning Together began working with inmates at HMP Grendon, Bucks.

Jack was a course co-ordinator for the programme.

The pair had worked on his rehabilitation for months — with John crediting Jack for his new life away from drugs and crime.

John — who was released from a life sentence last year — got an Open University law degree while in jail and Jack attended his graduation ceremony this September.

Both men were at the Learning Together prisoner rehab conference in Fishmongers’ Hall at the north end of the bridge last Friday.

Lisa Ghiggini, administrator of Learning Together, added her praise saying: “Crilly is a hero.” 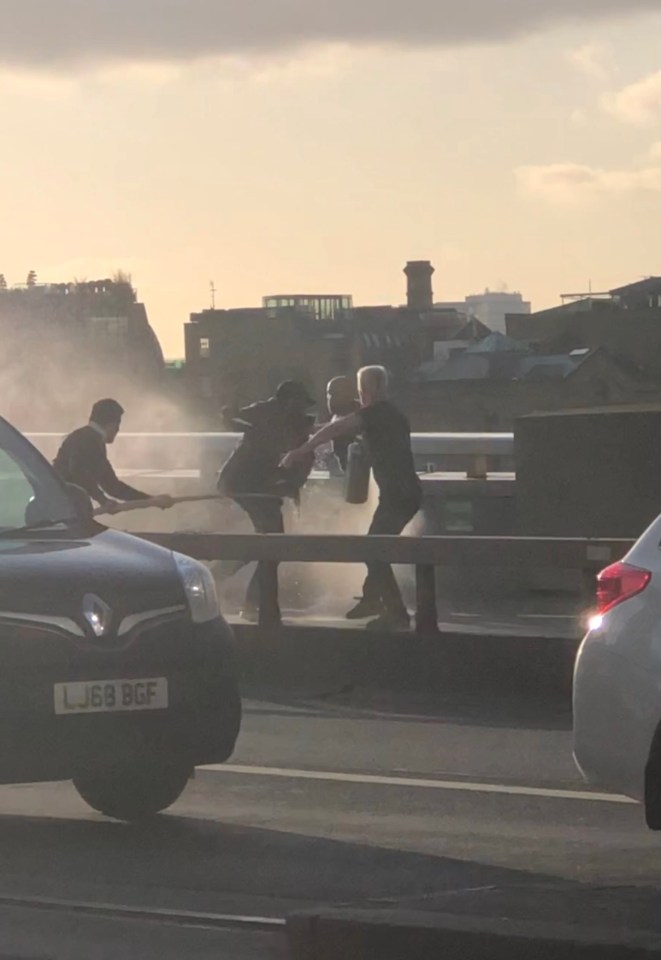 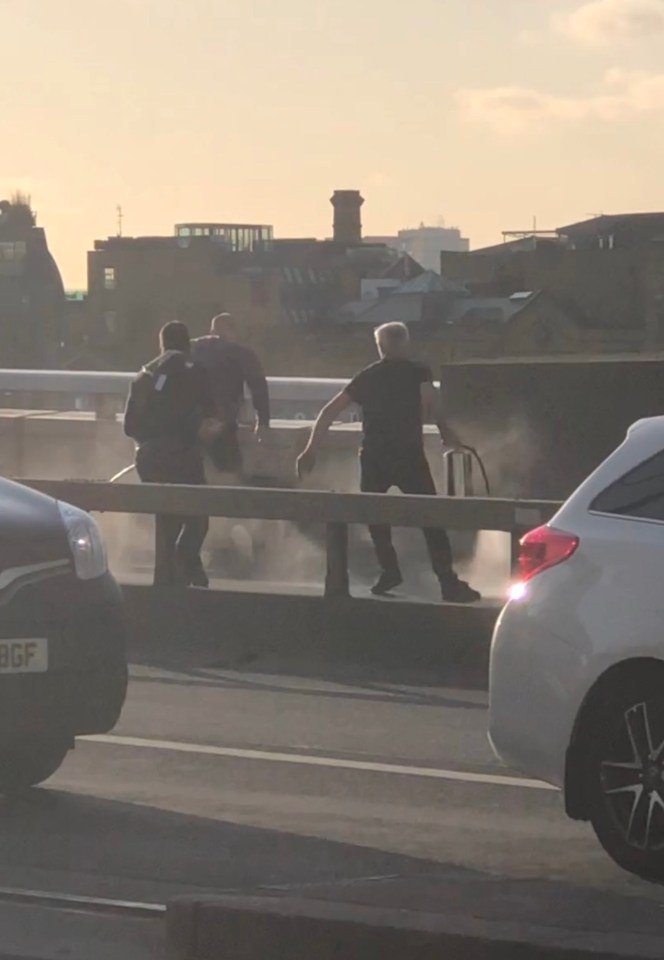 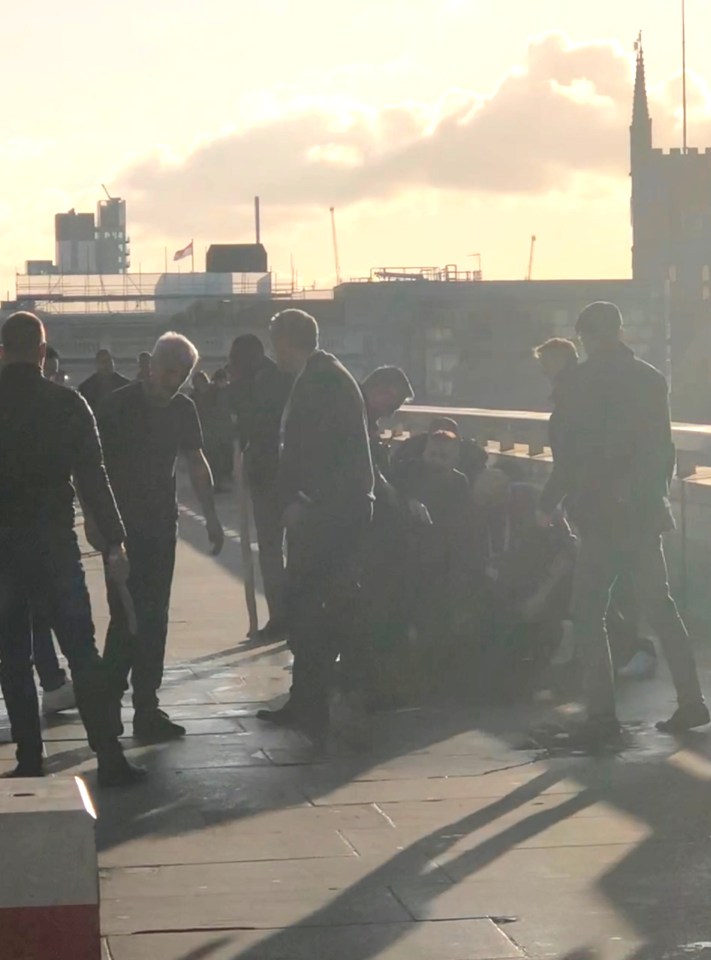 After the attack, in which 23-year-old Saskia Jones was also fatal stabbed, he posted an emotional message on his public Facebook page.

Misspelling Jack’s surname and other words, he added: “Why!? This guy, Jack Merrit, the best guy I ever met. Jack actually tried helping this guy! To educate him. As he educated me. Jack came all the way from Cambridge to be at my graduation in m/cr (Manchester).

“How proud am I to be called Jack Merrit’s friend.”

Crilly had been a heroin addict and a career criminal.

He was sentenced to life with a minimum of 20 years in 2005 after being convicted of robbery and the murder of a 71-year-old man in a violent burglary.

Another man killed the pensioner in the raid at a Manchester council flat, while Crilly stole a blender and a mobile phone.

But Crilly was jailed for murder under a controversial “joint- enterprise” conviction by Lord Brian Leveson — the same judge who freed terrorist Khan.

Joint enterprise is used to convict defendants in gang-related cases even if they did not strike the fatal blow, but could have foreseen violent acts by their associates.

The murder conviction was quashed by the Court of Appeal. John admitted manslaughter and was released after serving 13 years.

Speaking after his release, John said: “I want to start contributing to society. To be a better person. He added: “I wasn’t a violent drug addict. I was lost. I was lost in drugs.

“I had a bad life. I’ve changed it, but I wasn’t guilty of murder. I totally accept what I did and it was wrong. That’s important to me. I’m not a murderer.”

Crilly has blamed his “hundreds” of criminal convictions on drugs and said he was a heroin addict aged 15 and in and out of jail.

He served four years at HMP Grendon, the only therapeutic prison in the UK. Incredibly, while there he invited Sir Brian Leveson to visit him.

Sir Brian said: “I sentenced him after he was convicted by a jury for his part in a joint enterprise, single-punch murder of an elderly home owner during the course of a robbery in which he did not personally use the fatal (or any) force.

“At the time he was addicted to heroin. Perhaps understandably it has taken many years to come to terms with his guilt but Grendon has helped him do just that.

MOST READ IN UK NEWS

“Today, John seems to fully acknowledge responsibility for the death of another human being; he is clear of drugs and appears to be headed in the right direction.”

John, originally from Manchester, revealed on his Facebook page he moved to Cambridge, to live near Jack, in October. 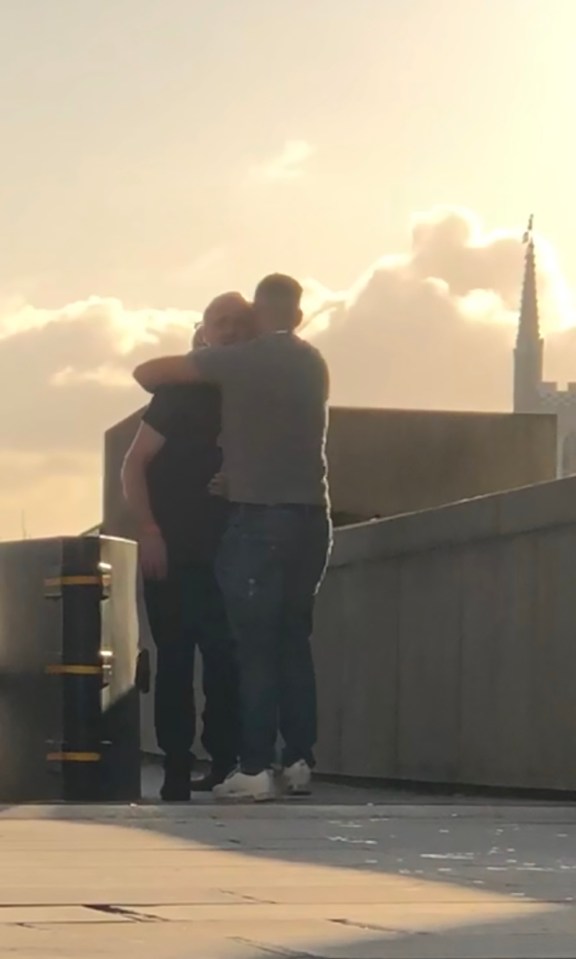 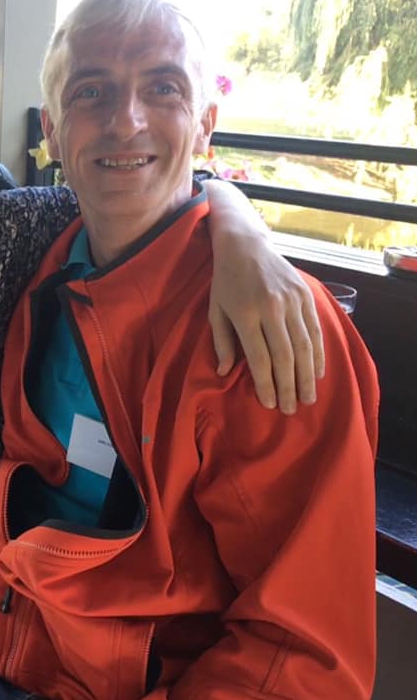